Throughout this series we have been exploring the idea of start-ups being encouraged to 'fail fast', but is this new trend resulting in the wrong type of entrepreneurs?

In a world that swirls with speed and feeds on the elixir of success, 'failure' is still the forbidden word. A taboo for many societies and a metric for human competence, failure spreads fear across the business world. So, you played and failed... Are you going to rise up or dive deeper into the abyss?

The greatness of adversity

Marcus Aurelius, the emperor of the Roman Empire gave us one of history's most powerful maxims: "The impediment to action advances action. What stands in the way becomes the way."

It seems that greatness favors a difficult birth. History has proven that charismatic women and men come out of disadvantaged backgrounds and have to fight against all odds on their way to change the course of humanity.

Read: Technology means we can fail faster than ever before - we should welcome that

Demosthenes, the greatest Athenian orator was born frail and with a nearly debilitating speech impediment. Though born into a wealthy family, he lost his father at the age of seven and his guardians took advantage of all his inheritance leaving him with no means to support his education. In his intense desire to gain a worthy position in society, he enclosed himself underground to study and overcome his speech defect by training to speak with pebbles in his mouth. Demosthenes became the greatest orator in Ancient Greece, and a leader for democracy and independence. 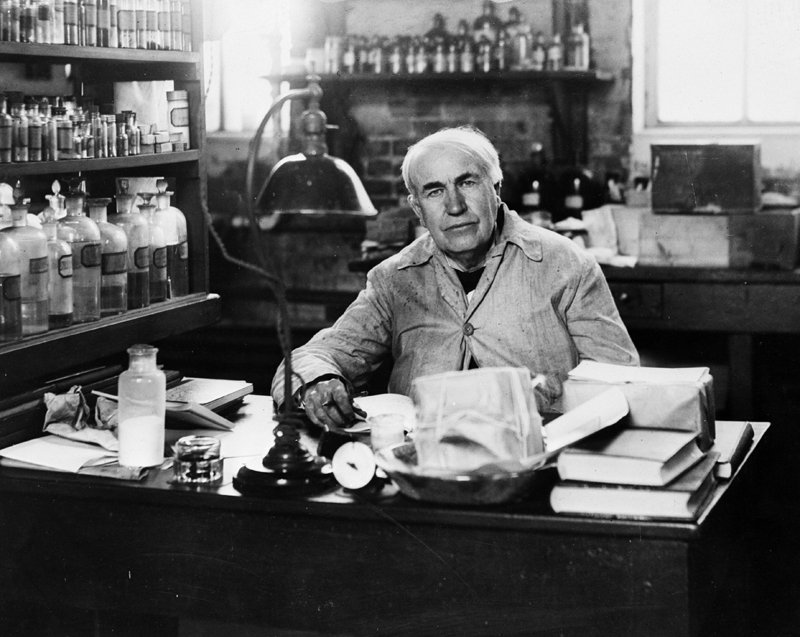 A shining example of intelligence and persistence, Thomas Edison (left) was self-taught. It is not widely known that he was almost deaf since childhood. In 1878, he failed 6,000 times, testing different filaments until he finally invented the light bulb. Edison was not only one of history's greatest inventors, but also a businessman that founded the world's first central power plant to provide electricity to Manhattan and gradually illuminate the US Following a merger lead by financier J. P. Morgan, the company became known as the giant General Electric.

Provoking the status quo, Mahatma Gandhi and Martin Luther King Jr. have marched against all odds guided by a great vision to change the world and fight for human rights of the underprivileged.  Both paid with the highest of all prices, life.

"Fail fast, fail often" is the mantra that echoes everywhere in the start-up universe. Start-up gurus, investors, and aspiring entrepreneurs are trying to embrace failure as part of the learning process and building resilience in early-stage ventures.

But, how genuine is this? Does the entrepreneurial community really accept failure? Or is it just hype?

Mark Suster, venture capitalist and entrepreneur, has argued that the 'fail fast' mantra itself needs to fail fast because it is "wrong, irresponsible, unethical and heartless". He has vividly argued that: "Fail fast? Tell that to the person who wrote you $50,000 of their hard-earned money and entrusted you to try your best. And how do you think the next person who's thinking about writing you a check is going to feel?.... 'Fail fast' on your own dime."

It is a certain truth that the pressure to succeed and accomplish things fast is almost embedded in human DNA.

The market is a vast web of inter-linked information and transcribes everything in memory. Even the way we fail. After all, it is performance and reputation that are key in gaining trust and attracting investors and consumers along a start-up's path.

Do not glorify failure, but the ability to pivot at the right time. And, once failure knocks on your door, be in a position to bounce back in no time if you wish to still remain in the game. 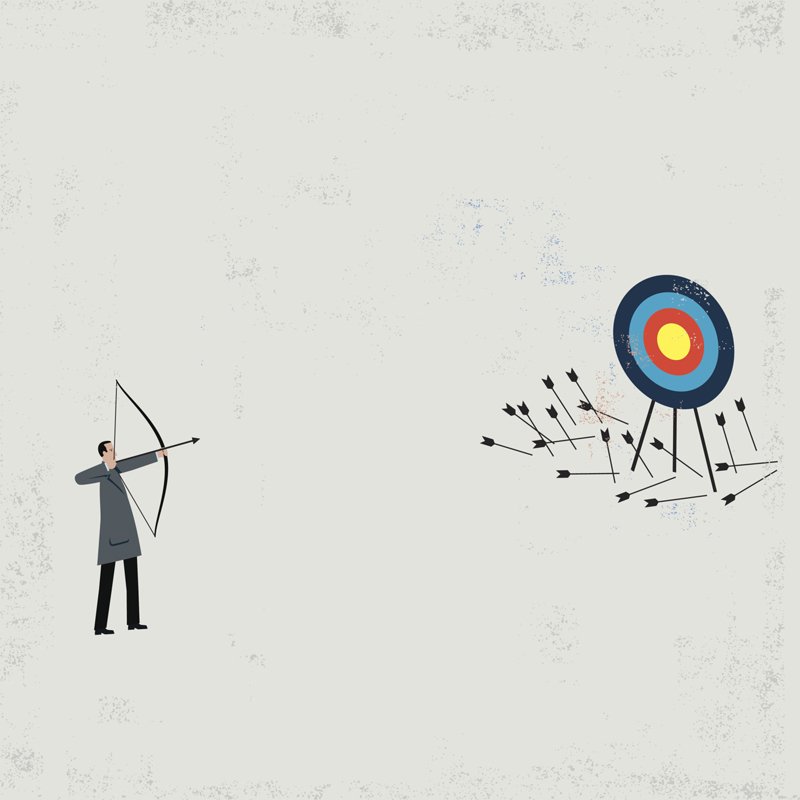 For all those reasons, the core of a start-up's success are team dynamics, trust, strong perception, and the speed of interpreting information. The effectiveness to change strategy and execute correcting moves on time are vital in navigating a start-up to success.

Read: Five reasons to practise mindfulness in an accelerated world

In a market that changes by the minute, speed matters to remain ahead of competitors. If you are in no state to learn fast from your own mistakes, someone else nearby watching you will... So, be fast to benefit first. Everybody has failed, but what sets a few people apart is their crystal clear perception, distinctive quality of thinking, courage and persistence. These are the people that can turn failure into 'successful failure'. 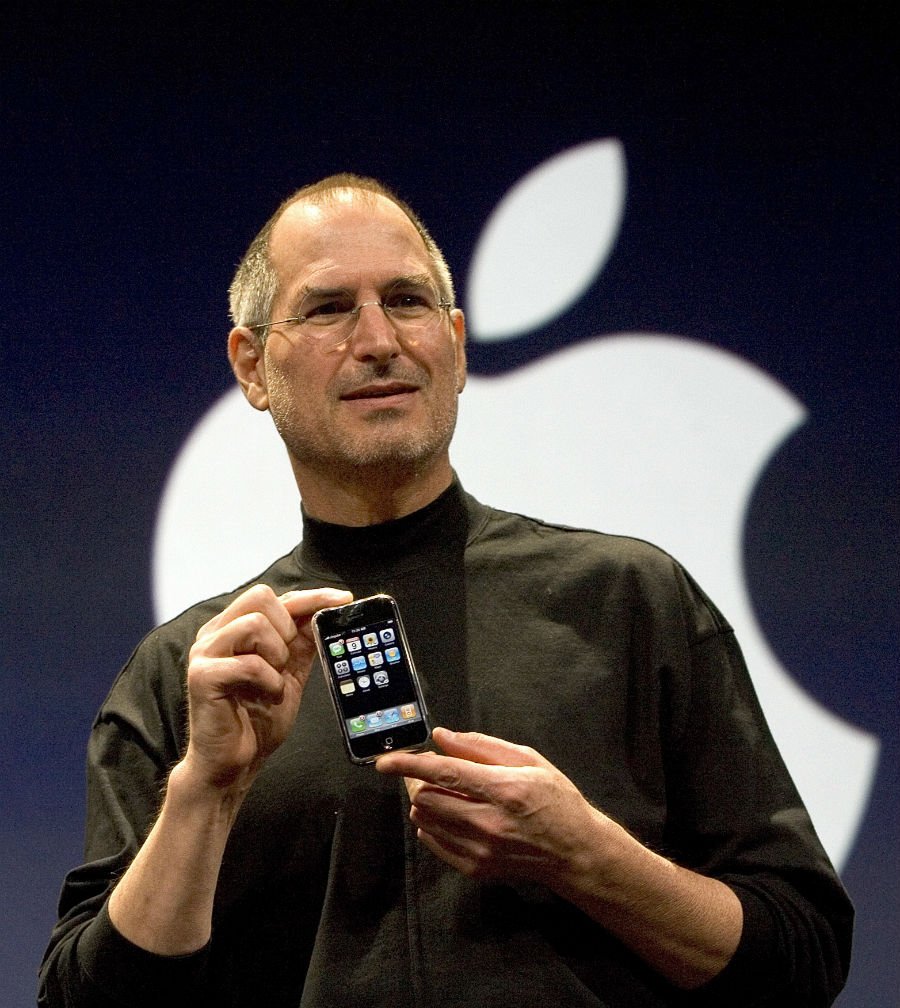 Stoicism, a certain sect of philosophy is a well-kept secret among business thinkers, successful investors and mega-entrepreneurs. Conquering mind's habit to react to external stimuli and keeping all power focused within are key in managing life's challenges and times of chaos. A real change in our perceptions might be the missing link to successfully reach the peak of our personal and business potential.

An aspect of Steve Job's distinctive way of thinking was the so-called 'reality distortion field'.

To put it simply, Jobs truly thought and acted upon the principle that reality is malleable. He was known for his talent to leverage mental influence and create a frame of thinking where he could convince anyone to accomplish what seemed impossible. His perception of time and events seemed to be shaped by the principles of quantum mechanics. He had a passion for elegance, uniqueness and perfection, and was absolute in his belief that everything is possible... Now! In a few words, Jobs was a master of what can be called applied imagination.

"Think different" is the message that Apple gave to the world and the famous declaration:

"Here’s to the crazy ones. The misfits. The rebels. The troublemakers. The ones who see things differently. While some may see them as the crazy ones, we see genius. Because the people who are crazy enough to think they can change the world, are the ones who do."

Read: How entrepreneurs can stay sane in an increasingly connected world

Over the centuries, ancient wisdom reveals that 'adversity shows the way'. It took years of travel and endless battles for Odysseus to reach Ithaca, but never lost sight of his destination.

Virgin StartUp lockdown series: How to market your business on a budget

Five ways to help with home-schooling