Artists who make a difference: M.I.A

Her name may be an acronym for missing in action, but the Tamil/English rapper M.I.A is certainly anything but. Under her roster of professions she can include: musician, visual artist, activist, photographer, model and fashion designer, and there's just no stopping her. Here is the story of M.I.A and how she infuses her politics in her persona.

Her name may be an acronym for missing in action, but the Tamil/English rapper M.I.A is certainly anything but. Under her roster of professions she can include: musician, visual artist, activist, photographer, model and fashion designer...

Here is the story of M.I.A and how she infuses her politics in her controversial persona - leading to the Guardian dubbing her: "The anti-popstar".

It's been nearly 10 years now since MIA (real name Mathangi Arulpragasam) released her first album 'Arular': a powerful, sardonic hip hop record that set the charts alight, not just for its political lyrics and M.I.A's instant personality, but it's clash of world music inspirations - from the likes of London underground hip hop, to worldbeat, to electro reggae. It embodied everything about M.I.A, with even its title a coded reference to her father, who used the name during his work with  Sri Lankan Tamil militant groups, striving to make Tamil Eelam independent. And M.I.A was sure to make the music independent too. 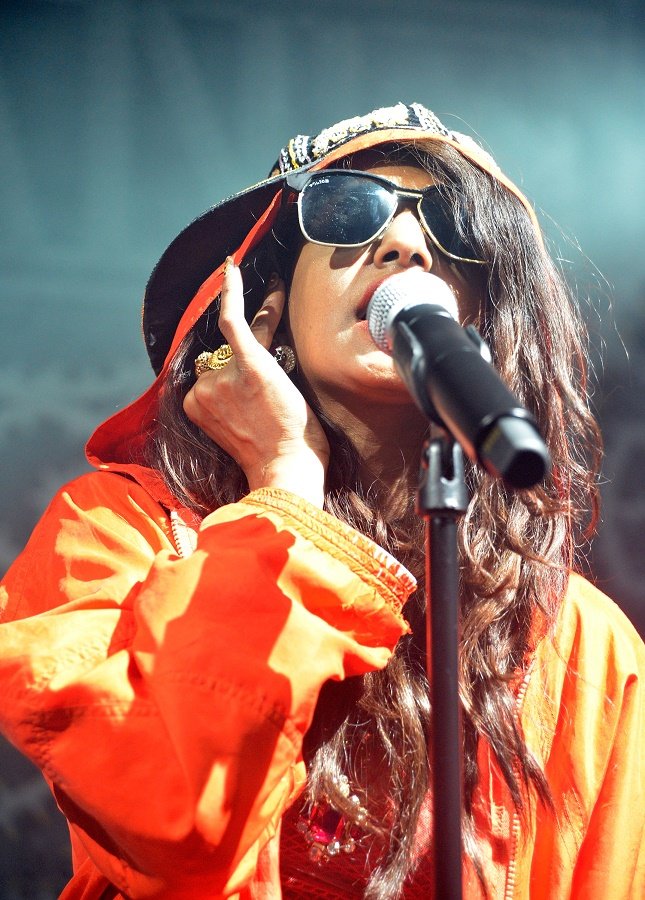 Sticking to her roots

After moving to England from a troubled life in Sri Lanka at the age of 10 - M.I.A grew up in 70s London - the world of a dawning age of punk, ska and reggae. She listened to The Clash, Public Enemy, Michael Jackson, and was often bubbling with rage about the Sri Lankan politics of her home country. Her light,  jungle-dance song Sunshowers, from that first album, may have seemed flowery on the outside, but on the inside contained her disdain about the 'axis of evil' of the Iraq War.

Her past in Sri Lanka and her presence in England helped the rapper establish who she was, and embraced the decade of anarchy with her two sets of roots accordingly. In a magazine interview with ARTHUR in 2005, she summed up the anger she was feeling through Public Enemy.

"Hip-hop was the most guerrilla thing happening in England at the time. You had Public Enemy fronting it, and that felt like home, and I could dance while I was feeling shitty. It had a whole aesthetic to it – it was being really crass with pride."

It's easy to see why punk was M.I.A's catharsis. From a young age, she was thrust into an entirely new environment, where no one could pronounce her name. But instead of standing down, M.I.A simply improvised. Speaking to Pitchfork, she explained:

"When I came to England in ‘86, my first week of school was terrible because I would put my hand up to answer things, and no one would choose me because they couldn’t say my name."

When I first came out, I was a film student and my mom sewed clothes. I was already doing a million things then, whatever it took to survive. If I had to braid someone’s hair to get one pound for my lunch money, that’s what I did. But I did it in the most creative way possible, and I never pigeonholed myself." 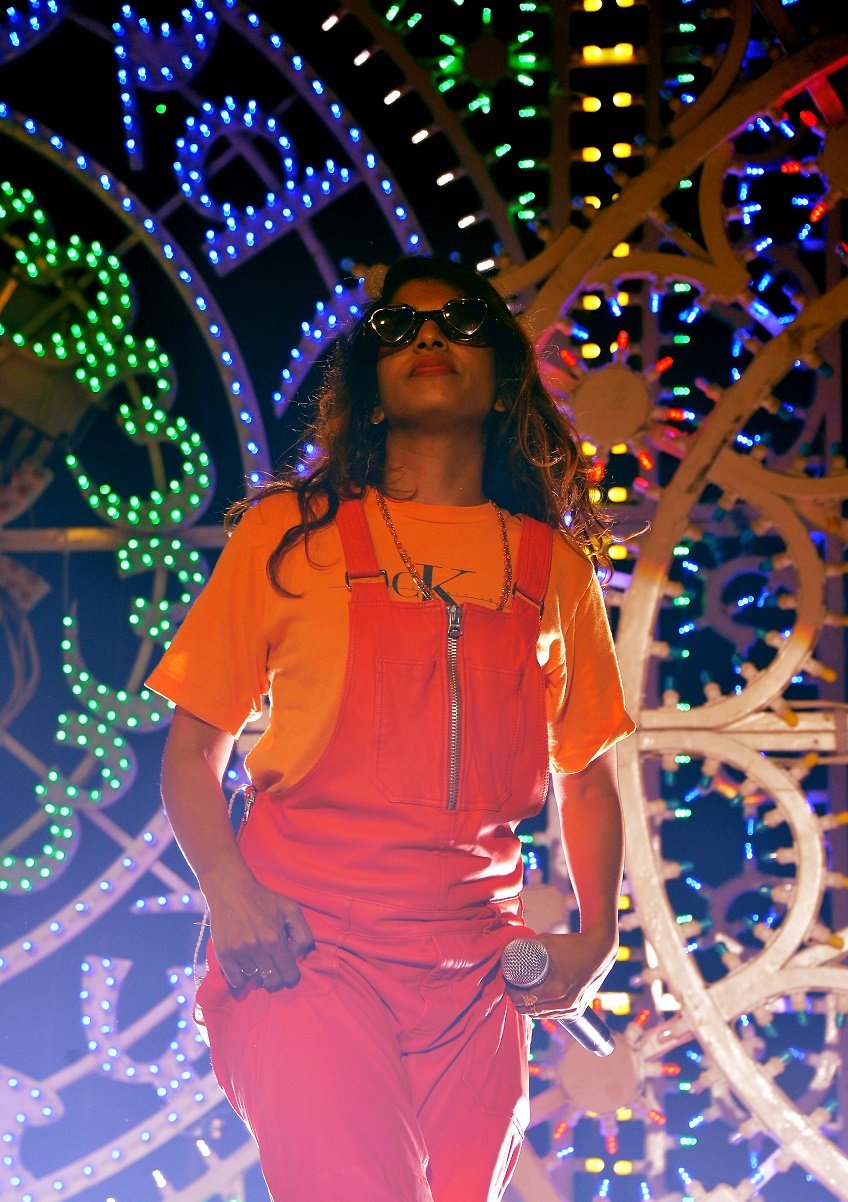 Feminist through and through

Often regarded as a self-made woman, it wasn't long before M.I.A's fame saw her as a feminist icon. During her earlier years, a lot of magazines attributed her records to American producer Diplo. In an interview with Pitchfork, M.I.A was quick to set the record dead straight.

I find it kind of insulting that I can't have any ideas on my own because I'm a female, or that people from undeveloped countries can't have ideas of their own unless it's backed up by someone who's blond-haired and blue-eyed."

Ouch. But she had a point. The issues of feminism went hand in hand with the issues of race for M.I.A; a theme that she has welcomed in her music as much as politics. A fervent activist, the artist had a lot to fight for. But one she likes to always do with a tinge of satire.

Whilst Beyonce talked of girls running the world, M.I.A fought for the women in oppressed countries, such as Saudi Arabia. Her video 'Bad Girls' was inspired by the story of a woman getting behind the wheel of a car - and subsequently getting arrested. (In Saudi Arabia, it is illegal for women to drive.)

In typical M.I.A fashion, the video featured M.I.A atop an adrift car, filing her nails, while other women drove cars in fabulous outfits, applauded by men. What else? 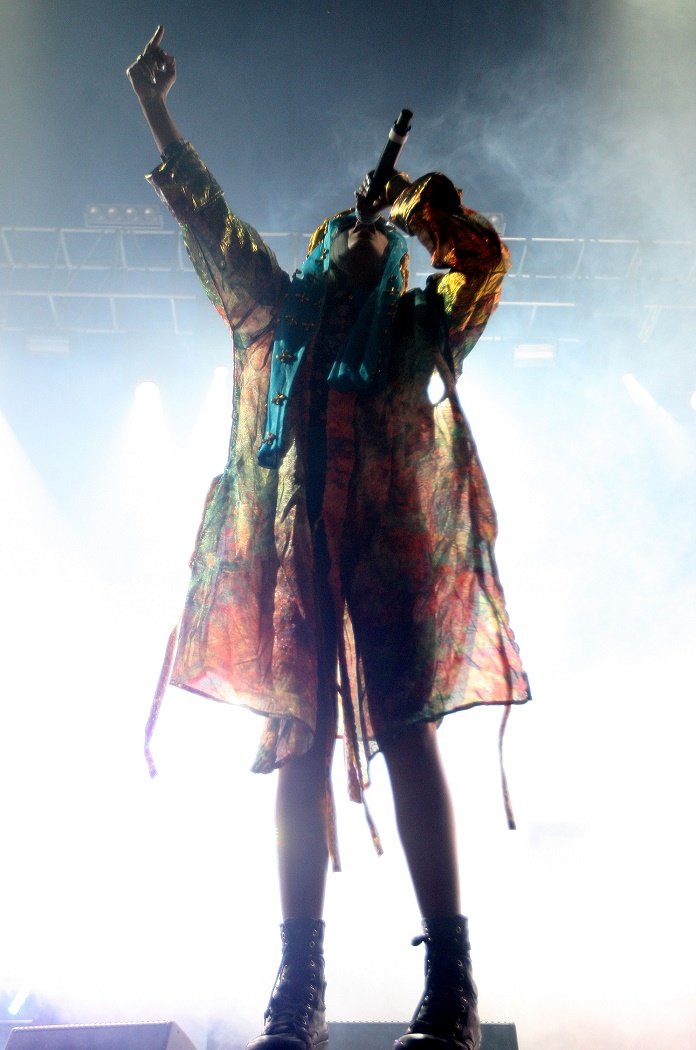 Being a rebel with a cause

Throughout her career, M.I.A (as you're probably guessing) has caused ripples in the industry for being a tad controversial - the anti-popstar. With her alternative influences bleeding into more populist settings, the artist has come under fire in the tabloids on more than one occasion. Indeed, your humble writer once saw a gig of M.I.A's be cancelled halfway through because she invited half the audience to crash the stage.

One of M.I.A's most famous moments was her performance with Madonna at one of the most watched music gigs on the planet - the half-time show at the superbowl. So what's a girl to do in a situation with more eyes on you than ever before? For M.I.A, it was simple: flip the bird. An empowering moment that led to the NFL suing M.I.A for over 16 million dollars in a two year court battle. (It was eventually settled.)

M.I.A's defence was a rather spiritual one, calling the use of the middle finger, not a use of swearing, but a symbol of female empowerment, a gesture to the Hindu Goddess Matangi. As M.I.A's legal team observed, the artist was merely emulating some of the most influnential stars on the planet: from Micheal Jackson's crotch grabbing, to Elvis' hips gyrating, to Prince caressing his guitar 'like a phallus'.

In fact, symbolism and imagery is everything M.I.A is as an artist. 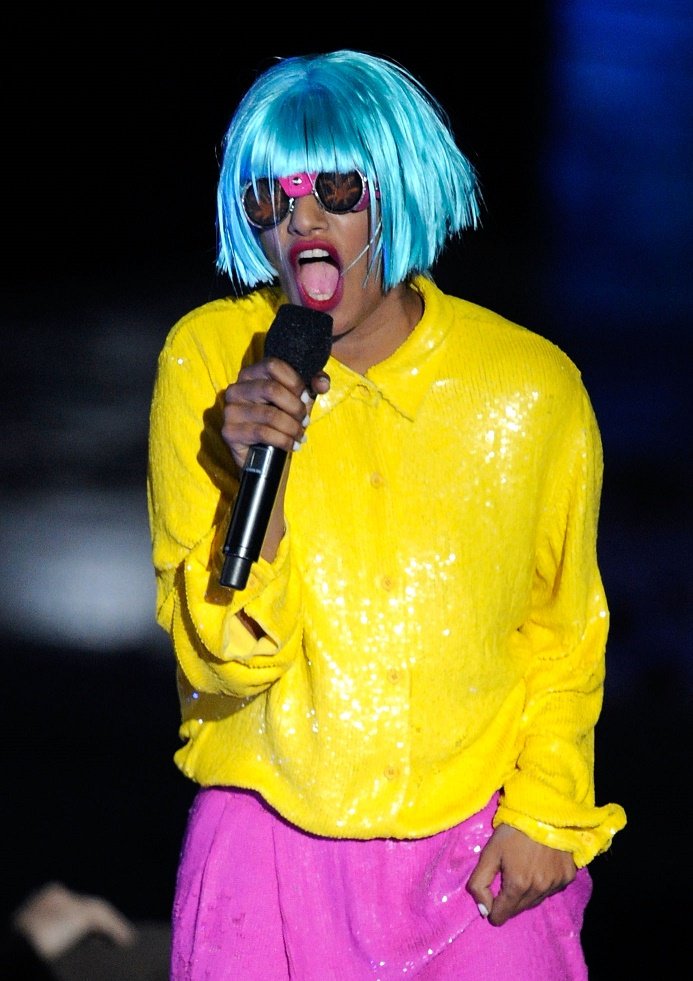 A strong advocate of visual artistry, M.I.A has often embedded her craft with thought provoking images. Perhaps her most famous music video, Born Free, was one of her most satirically political productions to date. Why? Well, the subject matter was the genocide of all ginger people. Released without the knowledge of her record label, the video was applauded critically for its raw representation of showing the ridiculousness of video footage of horrific war crimes. As one actor in the video called it: "showing violence to end violence."

Sadly, a lot of people didn't see the allegory, and the video subsequently was banned on Youtube for a short time.

Being 'addicted to empowerment'.

But whether it be the threat of legal action from a huge corporation, or the modern media being outraged by her actions, M.I.A's strong political allegiences shine through anything. Now, a single mum, having to fight for custody for her young son, M.I.A's presence in music today is stronger than ever before.

From growing up with a music movement that was 'addicted to empowerment', M.I.A will always fight through conventions in her music and her art. But her fame, which some regard as so controversial, has actually given M.I.A the pedestal to be more philanthropic, supporting hundreds of charities from cancer research, to youth violence.

But with four albums in the bag, a myriad of films, more controversial interviews than Kanye West could do in a lifetime, what will M.I.A fight for next? According to an interview in 2013 with Pitchfork, she has no idea.

"I’m still working out my opinions—it’s always a question mark. There’s loads of space that I leave open, and people don’t like that. My statements aren’t incomplete. They’re just in-progress."

This is a guest blog and may not represent the views of Virgin.com. Please see virgin.com/terms  for more details. Thumbnail from gettyimages.