Protecting the last ocean: The beauty of the Ross Sea

Pew marine fellow John Weller has spent nearly a decade photographing and writing about protecting the Ross Sea, one of the last intact marine ecosystems on Earth. His critically acclaimed photographs and stories may change the way you think about Antarctica...

Responsibility for protecting this vast seascape falls to the governments of two dozen countries and the European Union that are members of the Commission for the Conservation of Antarctic Marine Living Resources. At CCAMLR meetings in 2012 and 2013, these nations failed to reach the required unanimous agreement to create marine reserves around Antarctica. They will meet again in October 2014 to determine whether some of the waters of the Antarctic, including the Ross Sea, will be protected. 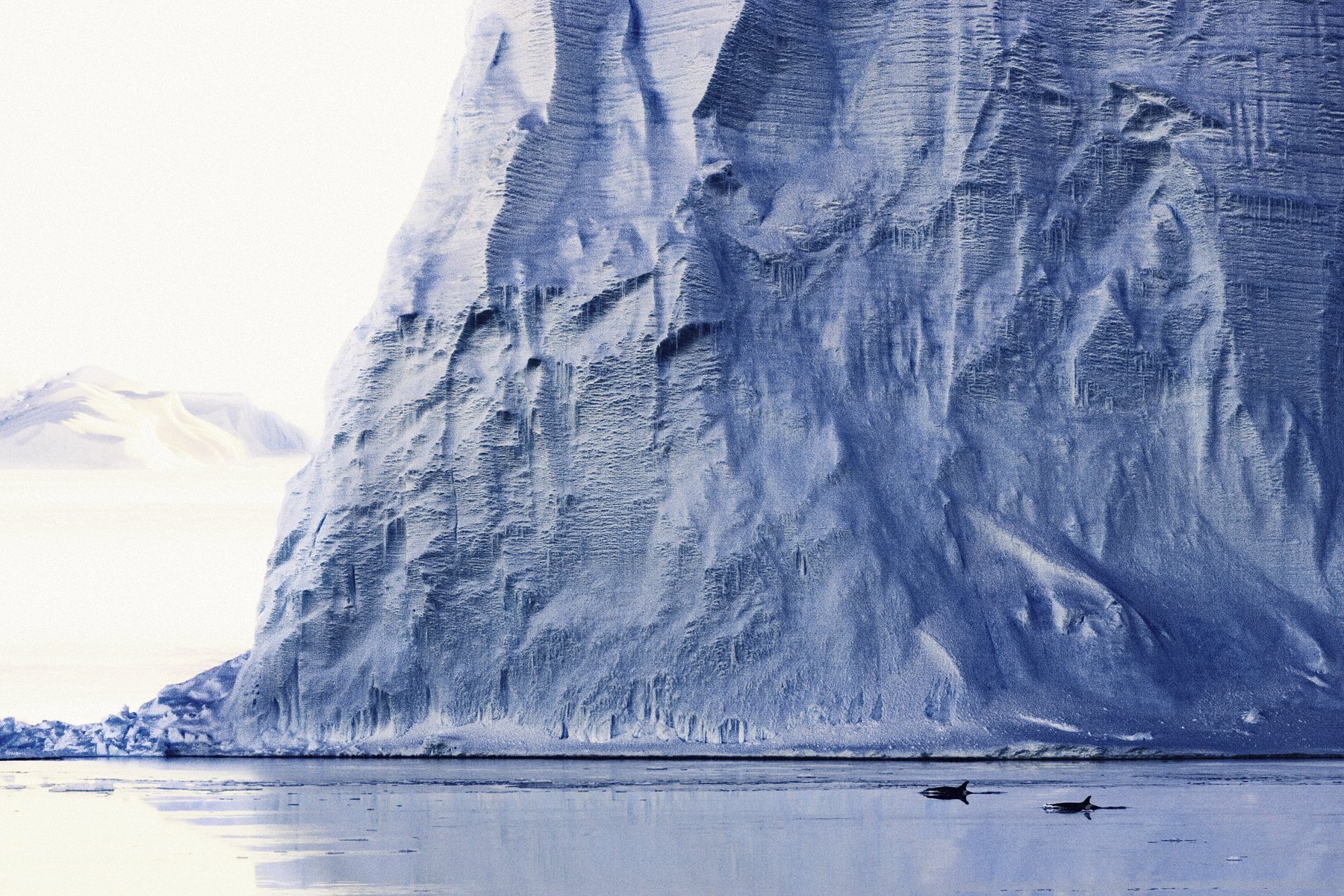 Ross Sea ice shelf: Wall at the end of the world: “The thin white line grew more distinct, resolving into a wall of ice cliffs, towering 50 meters above the sea and plunging 450 meters below the water, dwarfing the ship as we finally approached. The immensity of that wall of ice is beyond my ability to describe.” 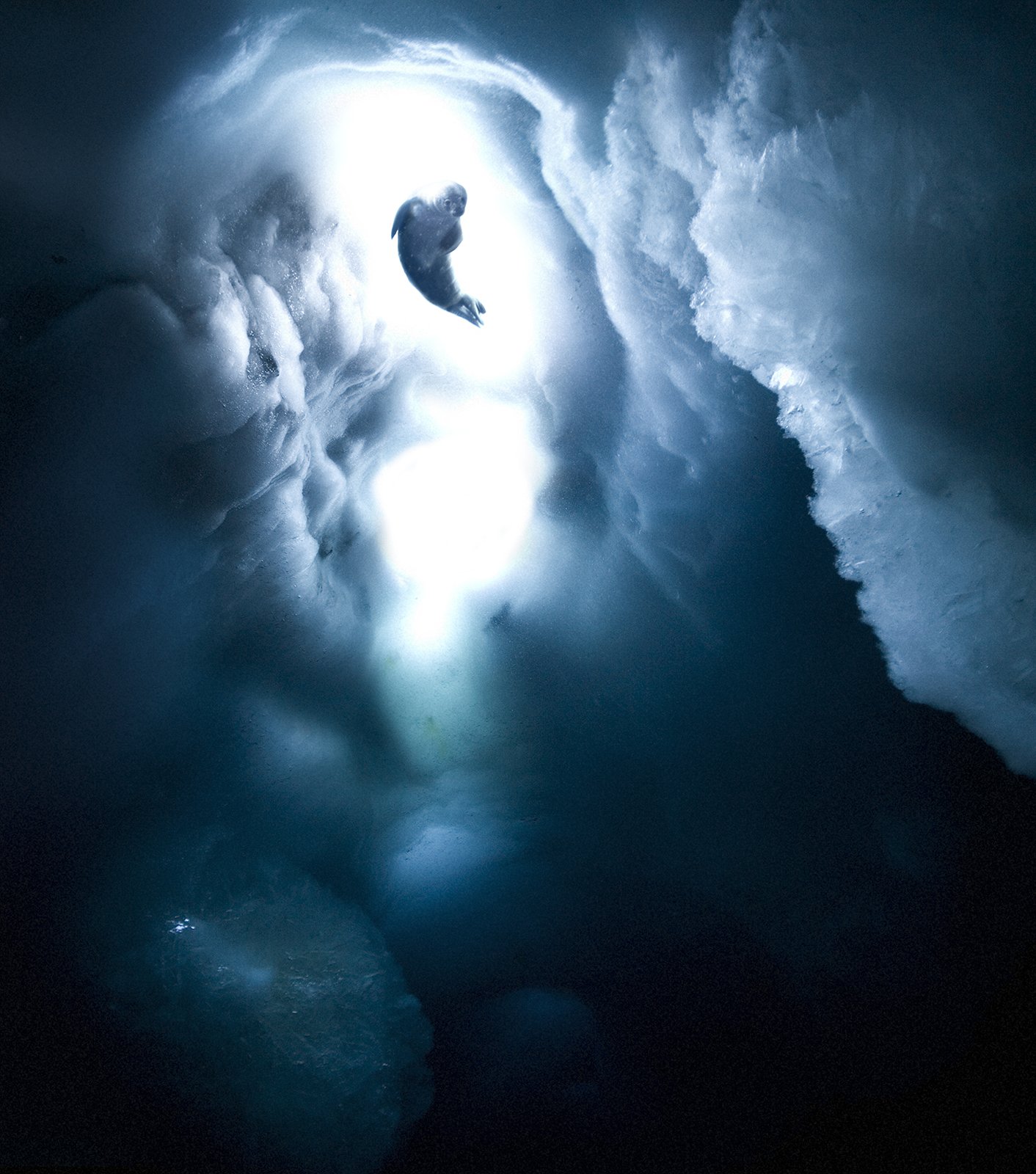 Voices under the ice: “We lay down on the surface of the ice, looking up at the sky. The sun warmed our black suits, and we baked, blood flowing back into fingers and toes. Below us, through the ice, we could still hear the chorus, as the seals trilled, chirped, and glugged.” 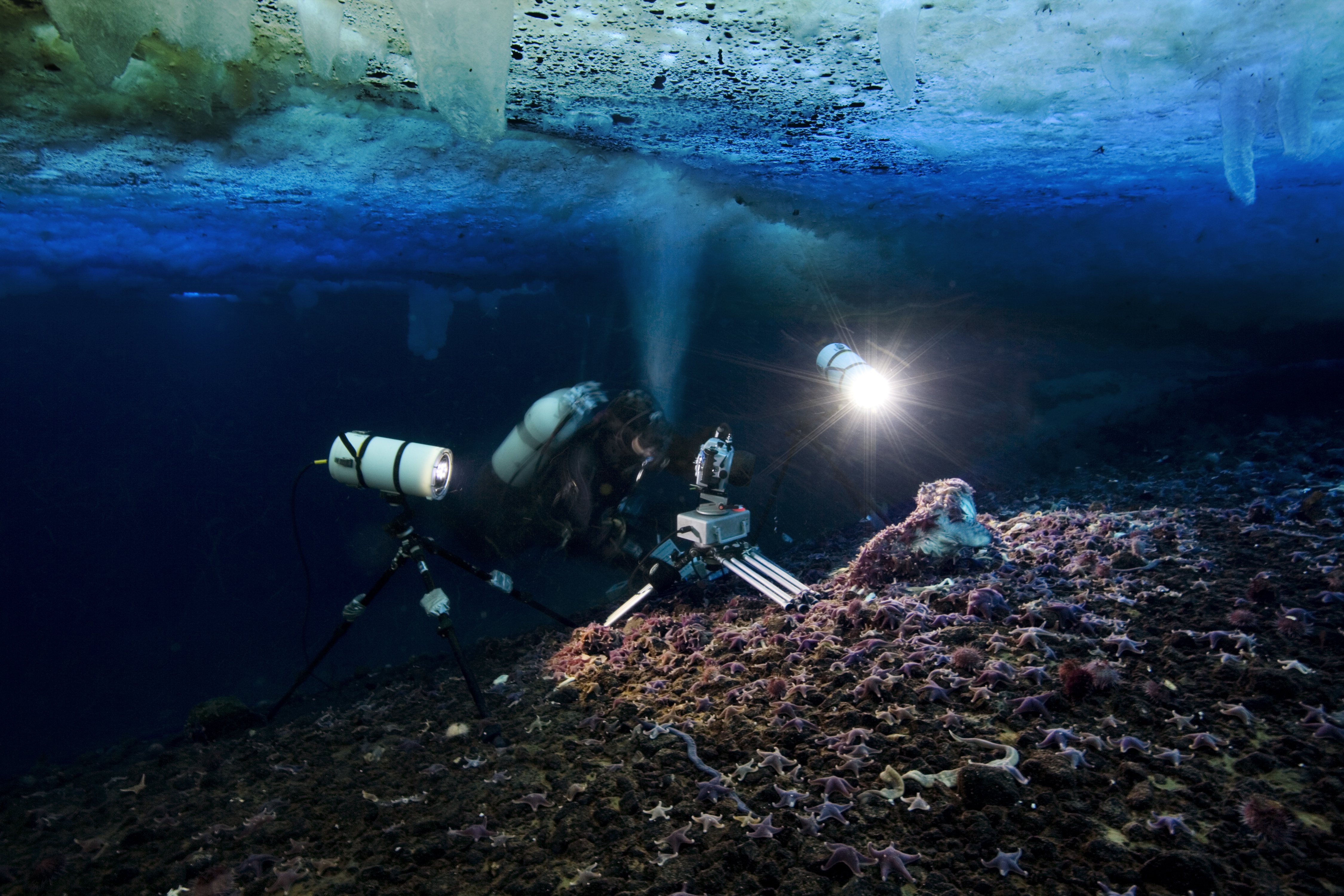 Hunting in slow motion: “As I rose slowly toward the hole, I looked down at the carcass from above. Up close the gore was like something from a bad horror movie, but from a distance it was hard not to appreciate the beauty of a system in which nothing is wasted and life is immediately recycled. Battle tested by cold, dark, ice, and starvation, life on the seafloor still thrived, hunting in slow motion in the icy depths of McMurdo Sound." 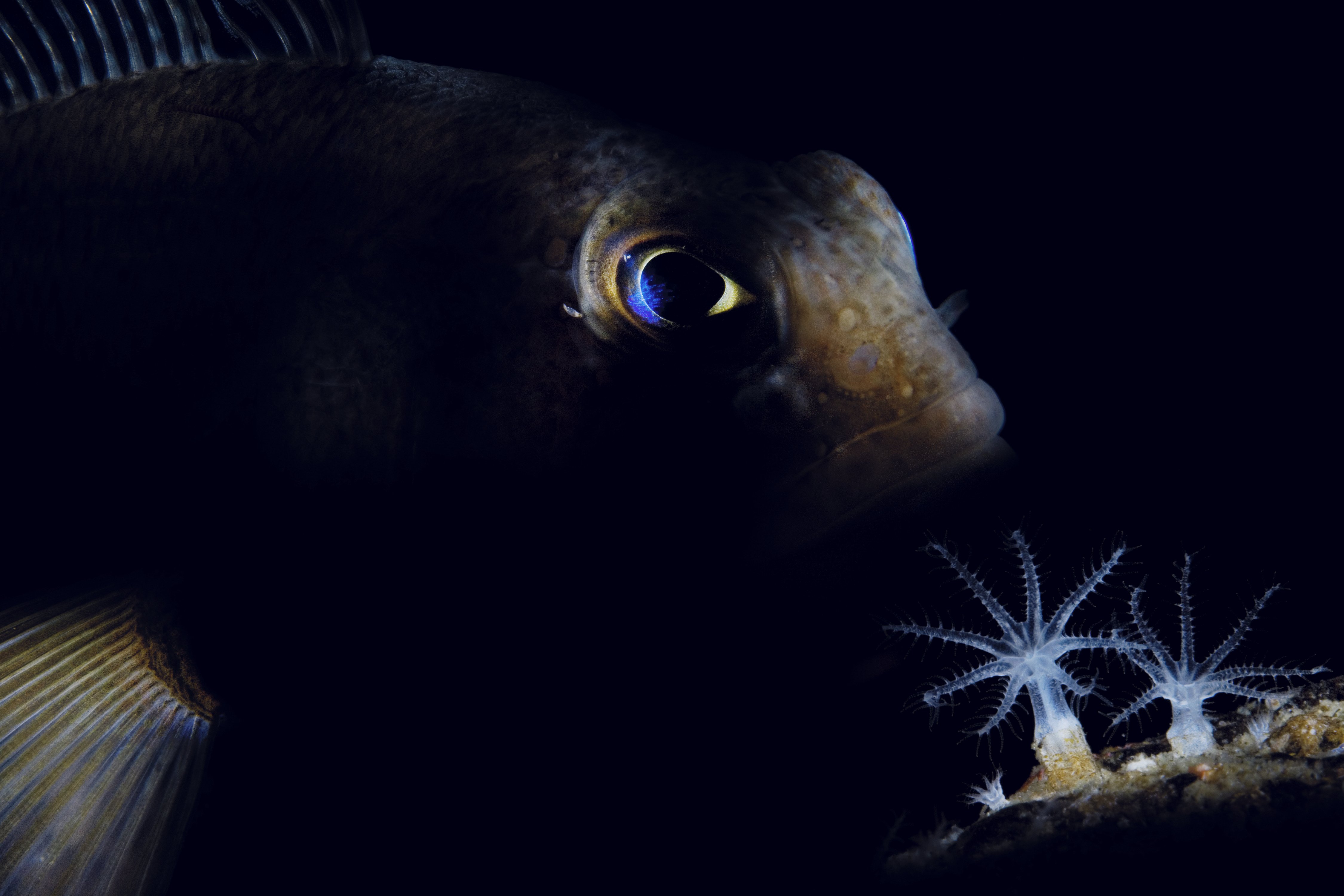 Living in a sea of ice: “To the casual eye, Trematomus bernacchii [emerald rockcod] has a humble appearance. But I knew I was looking at a masterpiece of evolution - one of the few that had braved the long journey south on a slowly freezing continent and emerged from the shadows to meet the challenges of living in a sea of ice.” 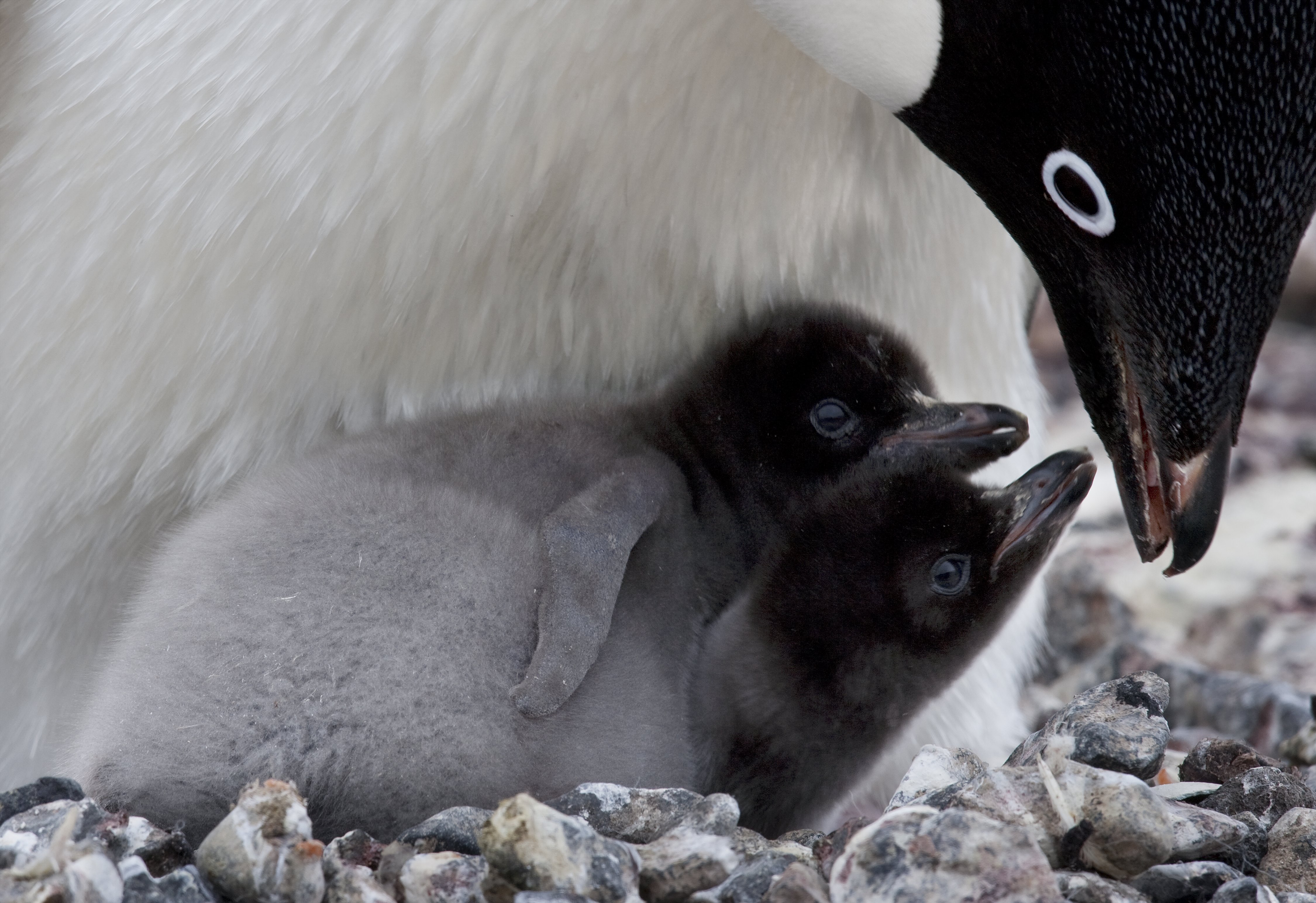 The colony: “Week-old Adélie penguin chicks poked their downy heads out from under their parents’ bellies, clumsily trying to readjust their positions. The day was warm and calm, and the baby birds stretched their wings, basking in the sun. But despite the peaceful day and the lazy chicks, there were signs of stress throughout the colony. The colony was in trouble, and the problem was the ice.” 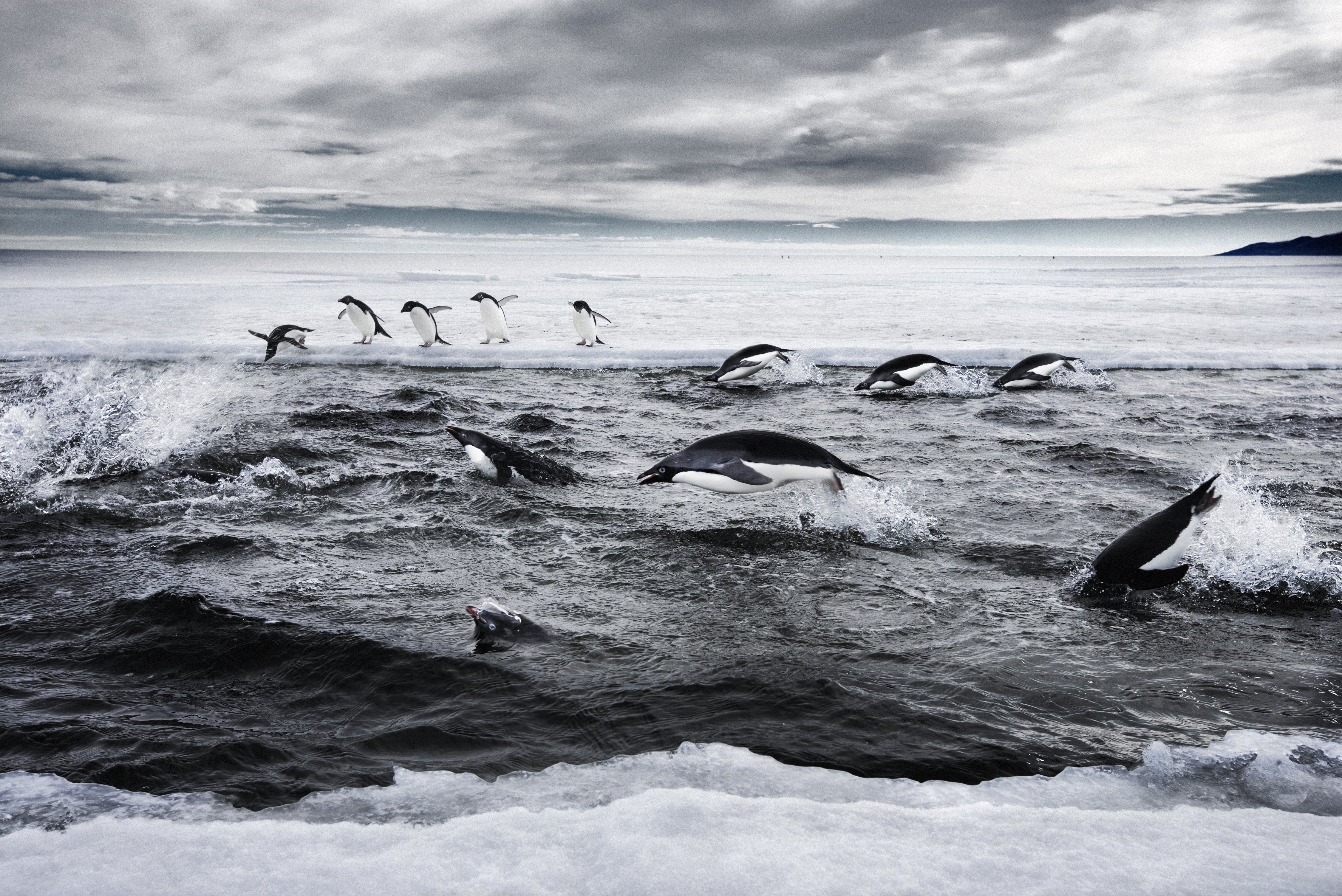 Opera of light: “The first night, the air was dead calm. Penguins hunted in undulating waves, like stones skipping across the water, and Weddell seals cruised the edges of the ice. Sky and water changed moods in an opera of light. Brooding dark blue and gray baritones quickly gave way to a rousing tenor as the sun slipped out from behind a layer of clouds, painting them a gauzy orange.” 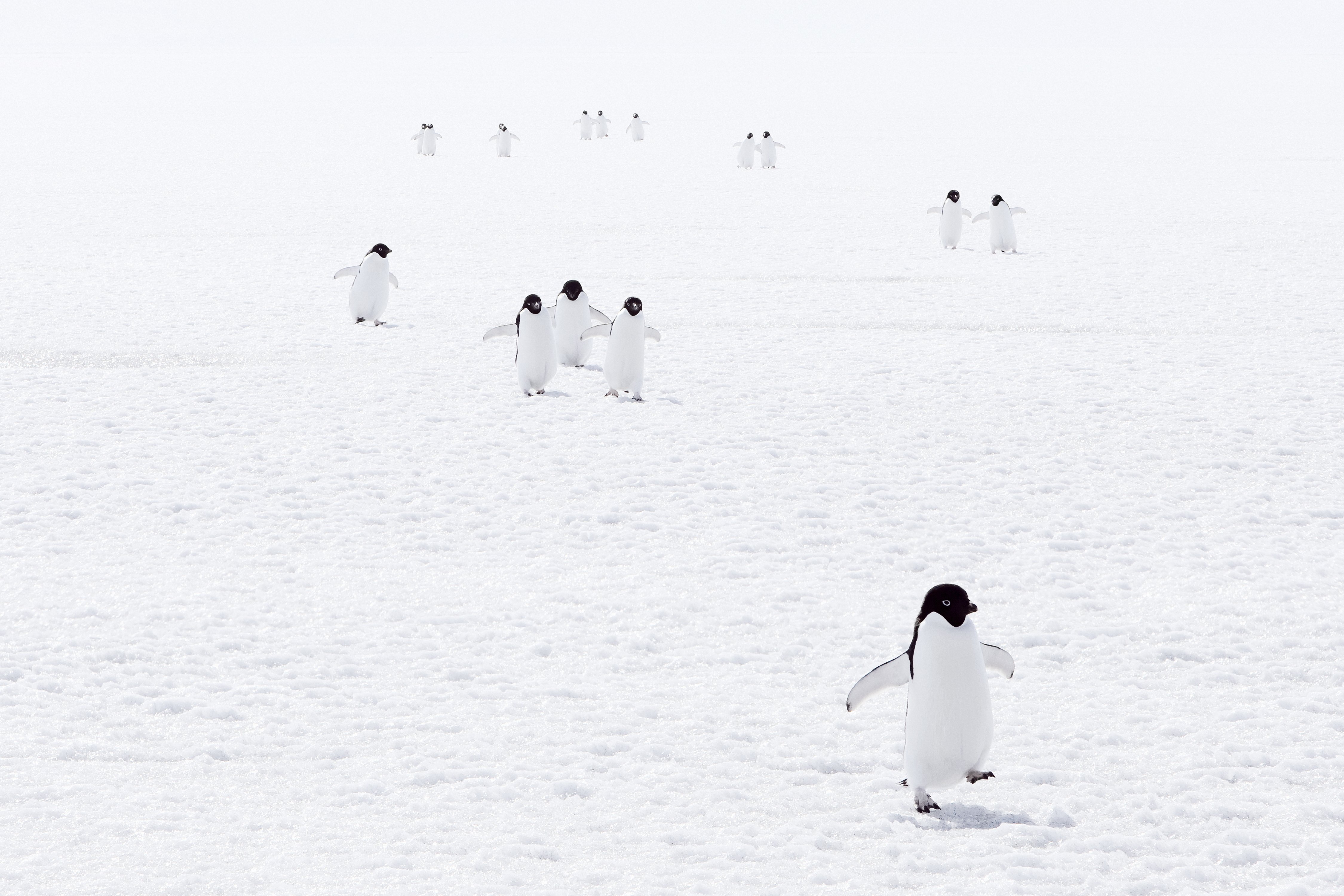 Watch the penguins perform: “The path we had used to get out onto the sea ice only four days earlier was now wet. After four warm days, the ice near shore had become waterlogged and slushy. We stepped out a few meters, and the sea ice cracked under our weight. Many resources had already gone into the operation, and the imagery could be scientifically valuable and uniquely beautiful. But I felt compelled to stand up and move again by something more innocent: I just wanted another chance to sit on the ice and watch the penguins perform.” 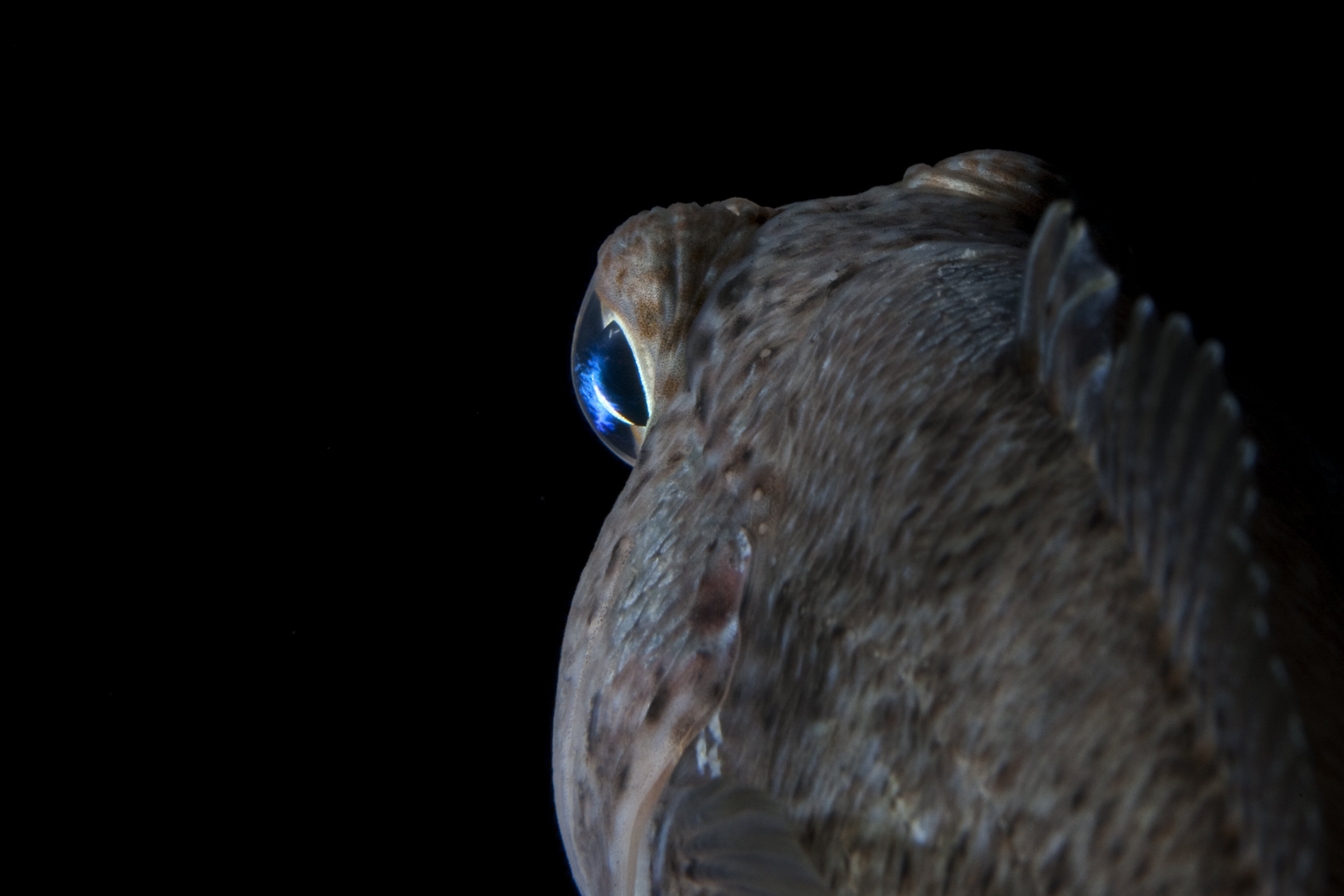 Remote fishery: “The argument for Ross Sea protection goes far beyond the question of whether the toothfish fishery is sustainable. While we squabble over a few thousand tons of fish - one-three-hundredths of 1% of the global catch - ocean health continues to decline precipitously. I have to ask myself why we - humanity, that is - would let a compromise be our legacy when it comes to the last remaining intact large marine ecosystem on Earth. We need to take a stand. We need to open the door to a new age of enlightenment, a new global ocean culture. I believe the Ross Sea holds the key.” 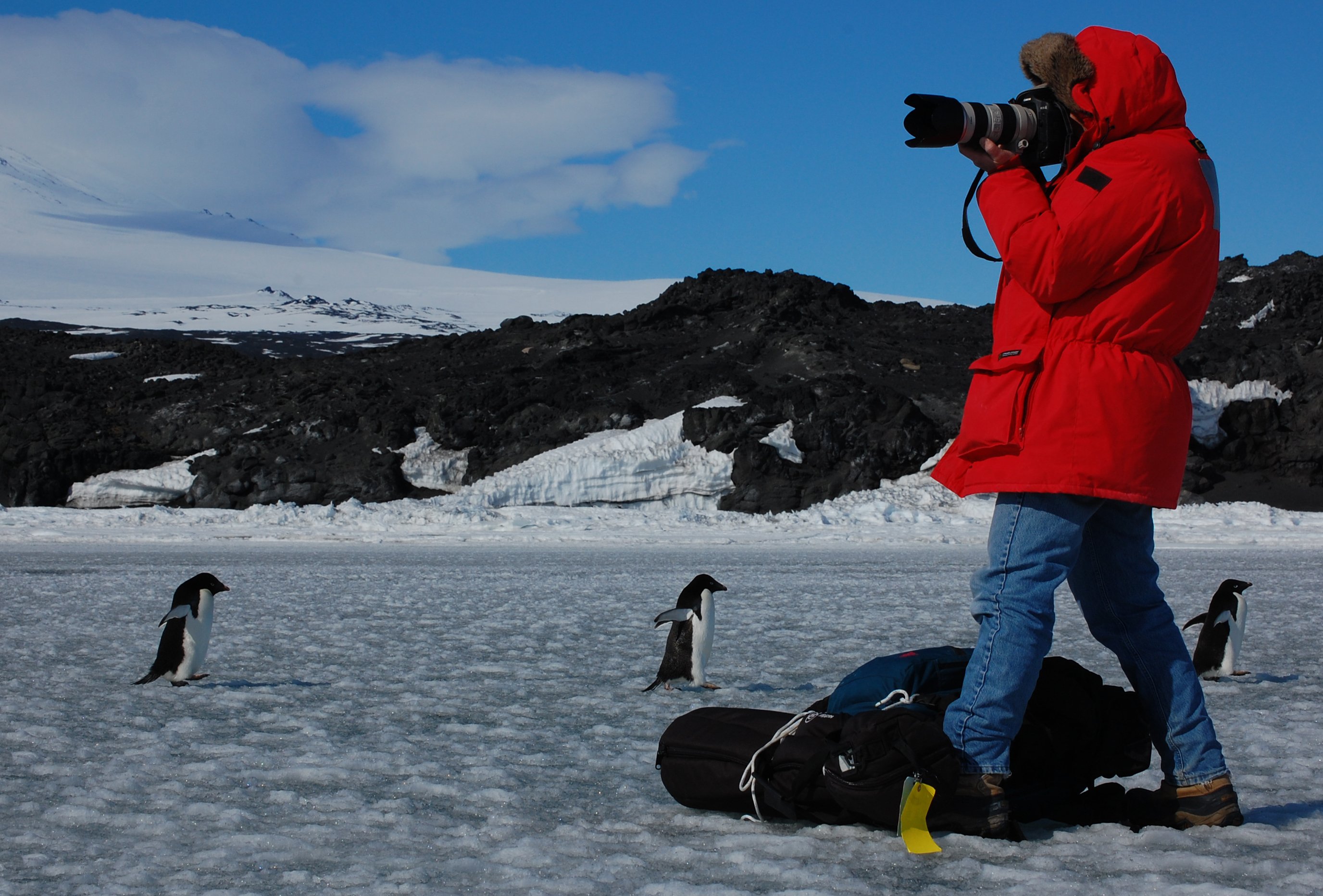 I want for us all to be able to tell our grandchildren how we took responsibility for our actions, turned the page, and changed the course of history. And despite the desperate state of the oceans, the brilliant, compassionate people I’ve met along this journey - those who work to protect our natural world - have strengthened my faith that we can. 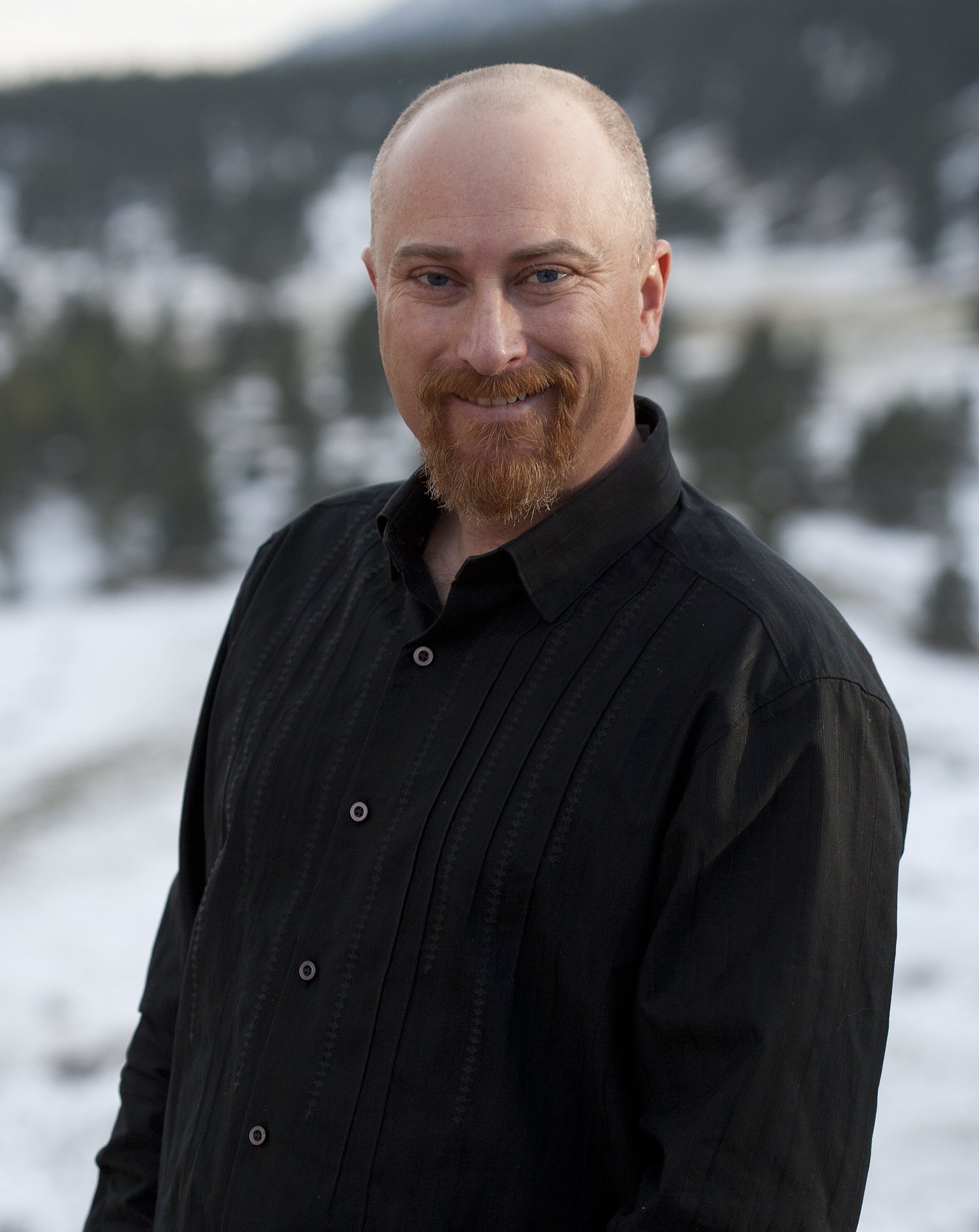 John Weller is a professional photographer, writer, and filmmaker based in Boulder, CO. Nature photography has been his passion since childhood, and after college, he began pursuing his dream of using a camera to help conserve the last wild places.

“Until I read about the Ross Sea, I didn’t know much about the ocean. Now, after nine years of work promoting protections in the Ross Sea and other critically important marine ecosystems, I know much more about our ocean, and why conservation is absolutely critical. But I didn’t know what I was really fighting for until this August 2013, when I saw my baby’s heart beating for the first time.”

Weller began working in 2004 on his book, The Last Ocean, with Antarctic ecologist David Ainley. He also collaborated with New Zealand filmmaker Peter Young on a documentary by the same name. Weller’s efforts have helped catalyzed an international movement to protect this special region in the Southern Ocean.

Weller was awarded a Pew fellowship in marine conservation in 2009. The fellowship has further supported his work to produce a set of short films that introduce critical marine issues to a wide public audience.

- This is a guest blog by Andrea Kavanagh, Director of Global Penguin Conservation, The Pew Charitable Trusts